So as with many of us, the last 4 years have frayed my nerves to the point of crispy 😣. What’s been most upsetting in 2020 is watching folks let our country divide itself instead of pulling together. I mean I get it everyone's passions are running high, patience running low...

but it is so self-destructive. 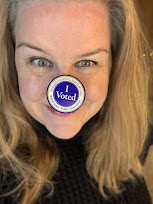 Now normally when it comes election time I encourage my friends and family to vote and try to make it light and fun by talking about my love for voting stickers. They might infer my leanings but I rarely come out and say who I think folks should vote for because usually it's none of my business. This year of course was different and I felt for many reason that I needed to take a stand. 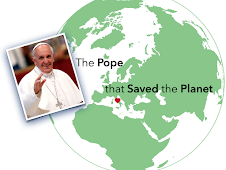 Please do find a way to get word to the Pope and the MacArthur folks...

I would really like to be able to save the world 🌎 and beat Vickie to it! 😜