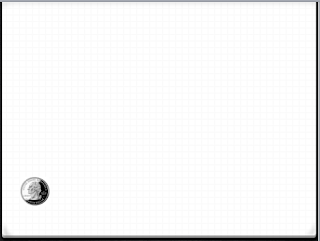 Recently a friend who had attended CREATING 2013 called with a huge breakthrough she had while sketching out the ME Map of her life. She realized that once she saw the big picture of her life only a few family members (less then 10 people total) were creating 75% of the negativity in her life. She described it as about a quarter's worth of ink compared to the full page that made up her map. That small quantity of folks brought a big deal of frustration that distracted her from the vast amounts of quality things in her life. She could not believe that after years of working on herself and analyzing what could make her happier that it only took a simple visual to see a new perspective on her life. Why was she wasting that much energy on those people when she could be lavishing it on the ones who truly loved and appreciated her?!

The irony is she is a very insightful person and if she had been listening to a friend talk about the same issues she would have most likely been able to spot her friend had things way out of proportion. Unfortunately we often can't see it for ourselves. And that's why mapping out our lives can be so powerful. We get the big picture of the good, the bad, and the ugly and get some perspective on what we are spending our time, money, and energy on. When we give something or someone a disproportionate amount of our attention we can often forget how fulfilling and awesome the rest of our lives are.

What in your life do you have out of proportion and need a new perspective on?
at 1/23/2013 No comments:

Word On The Workshop

The January 12th CREATING 2013 Workshop went fantastic, as you can sense from above. Would love to see you at next one on February 9th! Register HERE.
at 1/21/2013 No comments:

To me it means to: be myself, live fully (and more daringly), and to focus on what's going to make me happy in all aspects of life. Cheers to 2013 and whatever You're creating for yourself!
at 1/01/2013 No comments:

UPCOMING WORKSHOPS:
(same location and details as above)

* feel free to come solo, you'll meet some lovely folks... but it's always great if you can do something this fun and important with someone you care about so invite away :)