When Can #MeToo Men Return? 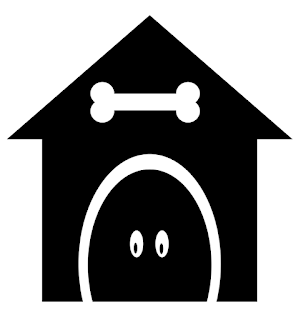 When are we letting the #MeToo men out of the doghouse? The debate has begun and I think it's a pretty simple but hard answer... when they're ready to END, MEND, and make AMENDS.

END: They can come back when they've ended the behavior that caused the problem in the first place. And that means: end denying they did it, end blowing off that it was just boys-being-boys, end making women the problem because they stood up for themselves, and end any adjacent behavior that led to women being unsafe in their workplace, home or presence.

MEND: They can come back when they have healed their own wounds that caused them to inflict themselves on others in the first place. Therapy, rehab, whatever it takes to have admitted their behavior was unacceptable and have begun to get in a healthy place for themselves so they can healthily be with others.
Not just well-behaved because they're on-guard when being watched; if they haven't gotten help they'll find a new way to exploit others.

AMENDS: Most of the men who behaved badly probably are going to avoid for various reasons actual criminal consequences for what they've done. That doesn't mean that the women they harassed, assaulted or even raped got to go back to their jobs, families and lives and just move on. Real restitution and amends need to be made to the women that these men caused harm to even when they are not legally forced to do so. If they want back in our sphere they need to have proven they have owned up and repaired- or at least attempted to- the situation.
We shouldn't let them feel ostracized for a bit then everything's OK if the victims of their abuse haven't gotten an apology and a valid real attempt to be made whole for whatever they were subjected to.

Simple, but hard for damaged guys to be able to do.

Forgiveness should be given freely and I believe everyone is redeemable... but they have to do the work first. Otherwise they don't really mean it. If they can't end, mend and make amends they haven't learned the harm they've caused, haven't healed the brokenness in themselves to feel for others, and aren't taking responsibility for cleaning up their messes.
And if they won't do that they can stay away for good!

[Note: Dogs are too good to be compared to these men but it is meant figuratively.
And it also goes without saying but will say it anyway... there were both m/f abusers who abused men and children as well. All abusers need to be accountable to be forgiven.]