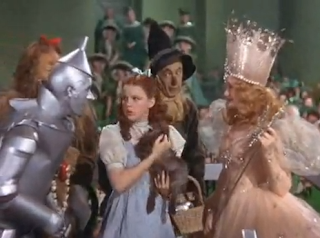 God made me an atheist, or I don't know, at least an agnostic. Don't worry, this isn't a post about religion. It is about how sad I get when I see people put their faith in something other than themselves.

There was a study done by Martin Seligman where he conducted experiments on dogs (this is sad but very insightful*) by shocking them and no matter what they did they could not avoid it. When these same dogs were then put into another environment they still cowered in fear because even though there was nothing that was going to shock them they had been conditioned into learned helplessness. As part of my next book I have been observing the energy flow in myself and others and one of the things that is so clear is when people give their power away. Relying on a spouse, a job, a guru, or God instead of realizing it is them that holds the power. How many people were born, married, or walked into a bad situation then let themselves remain powerless when they had long been able to take control?

Does that mean we can control everything that happens in our life? Of course not. But we do have control over what attitude we bring to a situation, what energy we give off, what we tell ourselves about what is happening, and how long a bad situation is going to affect us.

Last Friday I was lucky enough to attend a taping of Oprah's Lifeclass at her Harpo Studios. It was a great night and I was very inspired by the conversation. Oprah was talking (not preaching) about how at one time she was waiting on God to bless her life, but now she now knows God was waiting for her to take control of her own life. Her point was we are each responsible for our own lives, which I totally agree with; to think some outside entity is ultimately controlling our lives seems silly and destructive to me.

People like to put their faith in God because it is easier to rationalize that then the world is made up of energy that starts with pure luck then mixes in a good dose of karma and randomness- and is often not understandable, and sometimes cruel. I do believe in a universal karmic energy that flows thru my life- returning much of the energy we put out in the world. But to me the key is it all starts with us; and waiting on something outside of us is not having faith, it is having lack of it. If we're going to have faith, let it be first in ourselves and then in others... and if we need God in our lives let it be to thank him for building strength into us not randomly showing up when we're begging for it.

Oprah often quotes the movie The Wizard Of Oz when Glinda shows up and says: you've always had the power. Well YOU do have the power and you don't need to wait for an Oz or a big O of any kind to use it, just have faith in You, I do!

You Are What You Love


I remember nothing from the movie Adaptation but the clip above and the quote: you are what you love, not what loves you.

The thought on the surface seems desperate, slightly psycho, but something about it rang so true. When I first saw the movie it was on DVD and I watched that part over a few times just to let it sink in. It was one of the most freeing thoughts I'd heard in a long while. Kind of like the "he's just not that into you" line from Sex And The City that seemed so simple yet so hard to absorb.

In our society, especially as women, we are taught to be afraid of our feelings and make sure they are appropriate, measured, and by all means don't make anyone feel uncomfortable. Yet as anyone who has ever had their heart broken because of unrequited love knows there are few things in our youth- hell, as an adult- as painful.

This revelation happened to occur around the time I was heartbroken over someone I knew intellectually was a narcissist who wasn't any good for me, but somehow could not seem to get over. And then it hit me: the heart is the strongest most stubbornly independent part of us and it doesn't listen to the head (or the gut or even our naughty bits) and it's a waste of energy to resist its power. Instead of shame or sadness we have the choice to simply give in when loves strikes or lingers in us and know that we don't need to justify it, fix it, or act on it. We can live with the fact love for love's sake can't really hurt us if we let it be and stop resisting it. It's when we resist what's so that we really suffer... and suffer. When I just gave in and realized he is my non-fatal achilles heel and I will always have a soft-spot for him no matter how illogical it is, then the suffering stopped.

More recently I developed a total crush on someone I don't even know personally, and instead of resisting and judging how delusional it is, I'm having fun with it. Life is short so we might as well enjoy it; besides, what's the worst thing that could happen? Someone knows I have a crush on them? Even when I haven't wanted to be with someone who has felt that way about me I am at least flattered... and impressed with how exquisite of taste they have ☺

My hope is we let love flow thru us, because we are what we love and I know the world can use all the love and good energy we can emit.
at 10/15/2011 No comments:

I was all proud of myself for making a big breakthrough in my book and my life a couple of weeks ago and was sharing it with my therapist who, as she annoyingly does, then pointed out something completely unrelated that apparently wasn't so clear to me. She made the statement that she thinks I'm afraid of people.


What?! I have no idea what you could mean... I am one of the most friendly, extroverted, outgoing, people-loving people I know.

Yes, but what I mean is that you don't trust them, or the universe to not disappoint you- so you only anti-up so much and never go all in. You don't trust that you'll find your ideal job without having to sacrifice your ethics or feeling like you have to do it all yourself. Or just because you have lost in love, you don't think there's someone out there who could be a match for you-- in a world of how many billions?

You don't have to believe in God to have faith in something; if you did you wouldn't feel the need to be so in control of everything. You're the worst kind of optimist, one who's subconsciously positive the world is going to disappoint you.*

Crap! I hate it when she's right. Ok, I'll admit it, the nasty little secret about me is that I don't trust people. I live disappointed in who people turn out to be. I love the vulnerability in people, but hate it when they're weak. I love the inspiration in people's stories, until I see the hypocrisy of them not living it every day. I'm more impressed with someone I have low expectations of that surprises me then someone who I think is great but find out is merely human.

As I'm driving home a slideshow of the disappointers in my life starts playing in my head and I am nauseous by the time I'm halfway home. As I talked about in the post The ME-ness of Meanness it is what we hide about our humanity that causes our suffering. So here is me admitting my nastiness. And even though I doubt I can completely cure myself of this issue, I don't want to be afraid of anything as essential to my life as people.

I have a friend, Justine, who always said: never expect anything from anyone and you won't be disappointed. She is such a sunny and warm person I was shocked at how negative and pessimistic that sounded. But now I see maybe having no expectations of life or others frees us up to put everything at stake just for the hell of it... because really what do we have to lose? Better to trust myself to handle the disappointment and anything that comes after the fact then not to have faith in people, love, and the universe.

He Dented My Universe

When I read of the death of Steve Jobs on Twitter yesterday almost ever tweet for the following hour was about him. Sure it was news, but it was the depth and breath of the impact and sadness that struck me and sent a chill up my spine and many tears to my eyes. He was not a saint, he left the impression he was probably a challenge to work for-- but I have never been witness to a more inspiring brand or corporate leader.

Every day for the last 6 years I have touched something Apple related- including what I am typing this very post on now; and my Mac and I almost became one when I was writing my first book and the same as I am writing my second.

So the technology, the design, the feel are all brilliant... but, the thing that has left one of the biggest impressions on me is his quote: Make a dent in the Universe. I love this thought that our lives are meant to leave an impression, and although most of us won't achieve the same fame and monetary fortune, we can all dent the Universe we occupy with our own lives.

He talks of death as the greatest tool/lesson we have to teach us of the importance and frailty of life, I couldn't agree more. We can't wait another day to make our dent, find our love, change the world. Let's learn from Steve and take a big bite out the apple of life... and get to denting today 
at 10/06/2011 No comments: 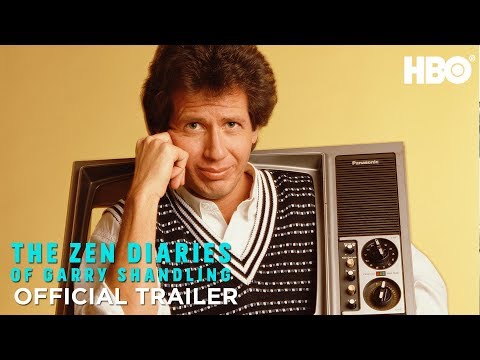